Testing LEDs for Automotive Use

According to industry reports, the use of LEDs in headlamps and running lights will increase from 5% in 2015 to 70% by 2019. What’s driving this trend? LEDs offer superior design flexibility, better power efficiency and longer life, and better dimming and traditional lighting alternatives, these are expected to reach parity with traditional lights by 2019.

One of the trade-offs with LEDs is the inconsistency of lumens, color temperature and voltage in the finished product. Output even within a single batch can vary. LED manufacturers handle the inconsistencies by testing and binning LEDs according to lumens, color and voltage. Testing is therefore a criticalpart of the manufacturing process and the combination of LEDs into packages and luminaires.

A SPECTRAL EVOLUTION spectroradiometer measures the wavelengths of individual colors of light. In LED metrology it can measure output in lumens, watts, moles per second, footcandles, and more. A portable UV/VIS/NIR spectroradiometer provides a useful tool for quickly testing and characterizing LEDs and LED luminaires. It can test an LED for optical output in watts as a function of varying LED current, temperature, and other optical characteristics to completely characterize the LED or LED system.

All SPECTRAL EVOLUTION systems have the following colorimetry capabilities built-in:

The ability to quickly test for brightness and chromaticity in the lab or in the field allows for rapid screening of LEDs before use and offers a method for gauging color shift over projected lifecycle, where color and hues are critical. Since LEDs tend to shift color over time, measuring color stability can be a key in many applications. It is also useful to compare the brightness and color of LEDs versus incandescent, fluorescent or halogen lamps early in the design process, before the LEDs are used as substitutes for these conventional lighting technologies. 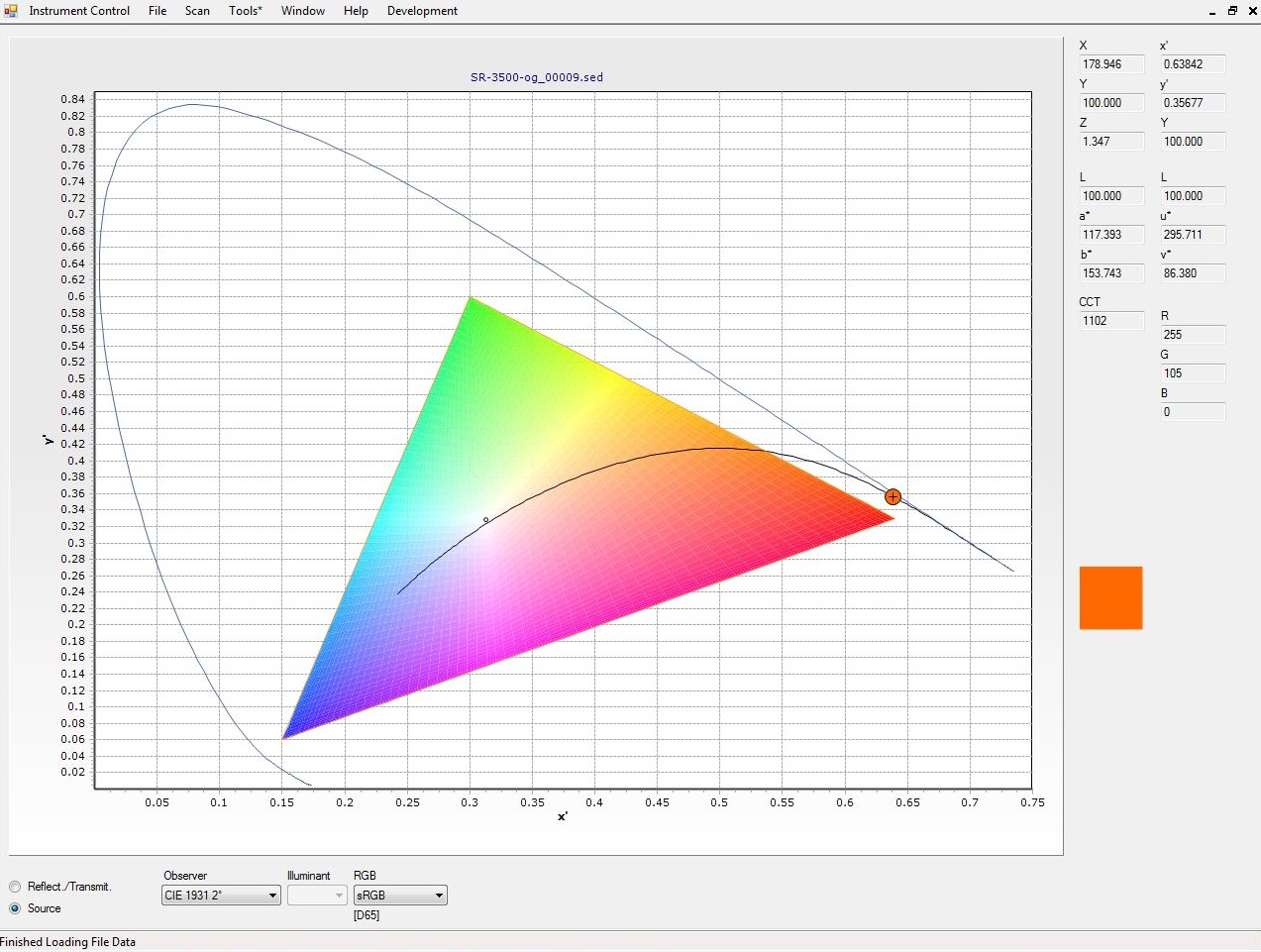 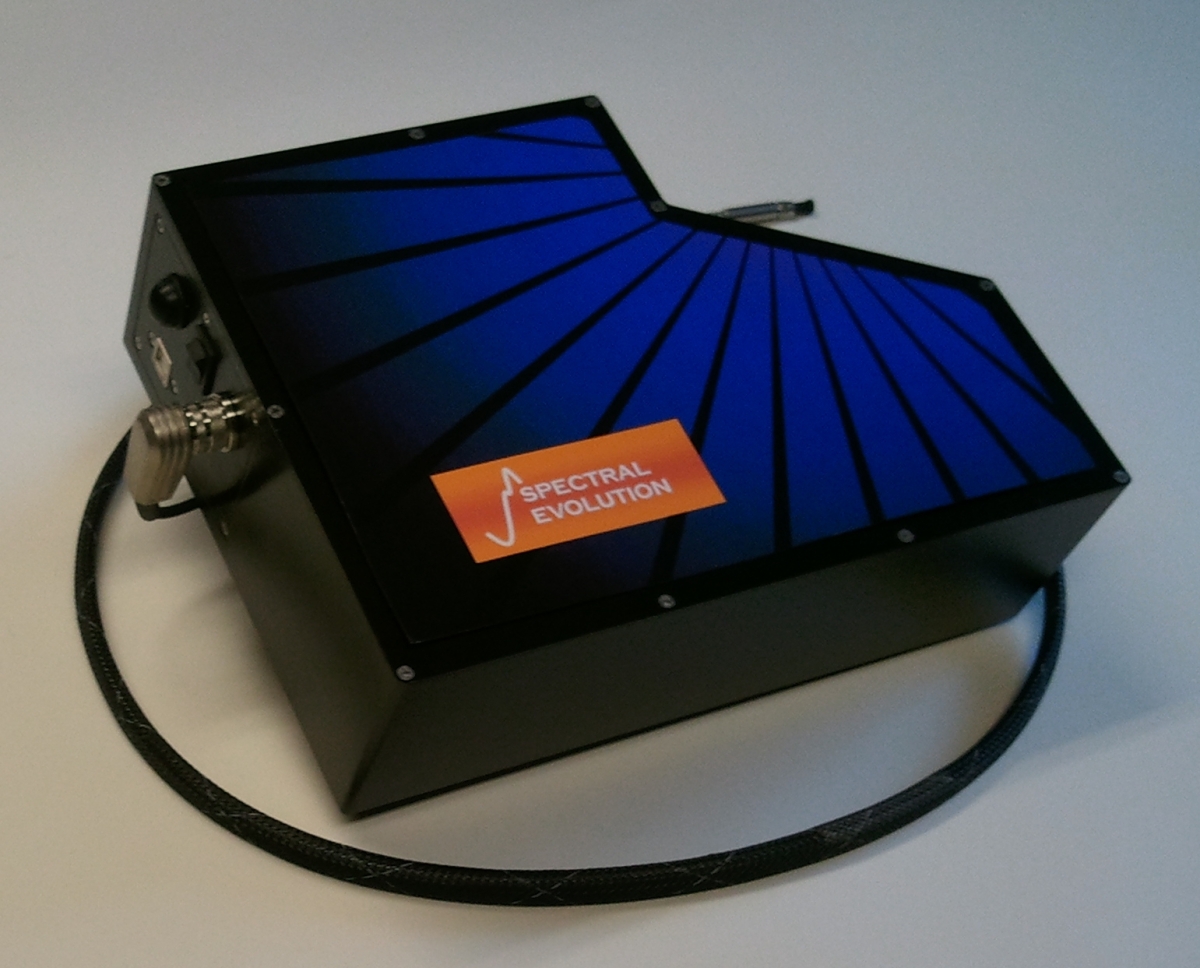 The SR-3501, SR-1901, and SR-1901PT are field portable spectroradiometers that can be used to measure and compare the spectral radiance of an LED (red) versus a halogen(blue) light source. This capability becomes especially important in those applications where a design engineer is considering replacing a traditional light source with an LED and needs to verify that the LED luminaire will meet or beat the critical characteristics of the conventional lamp. 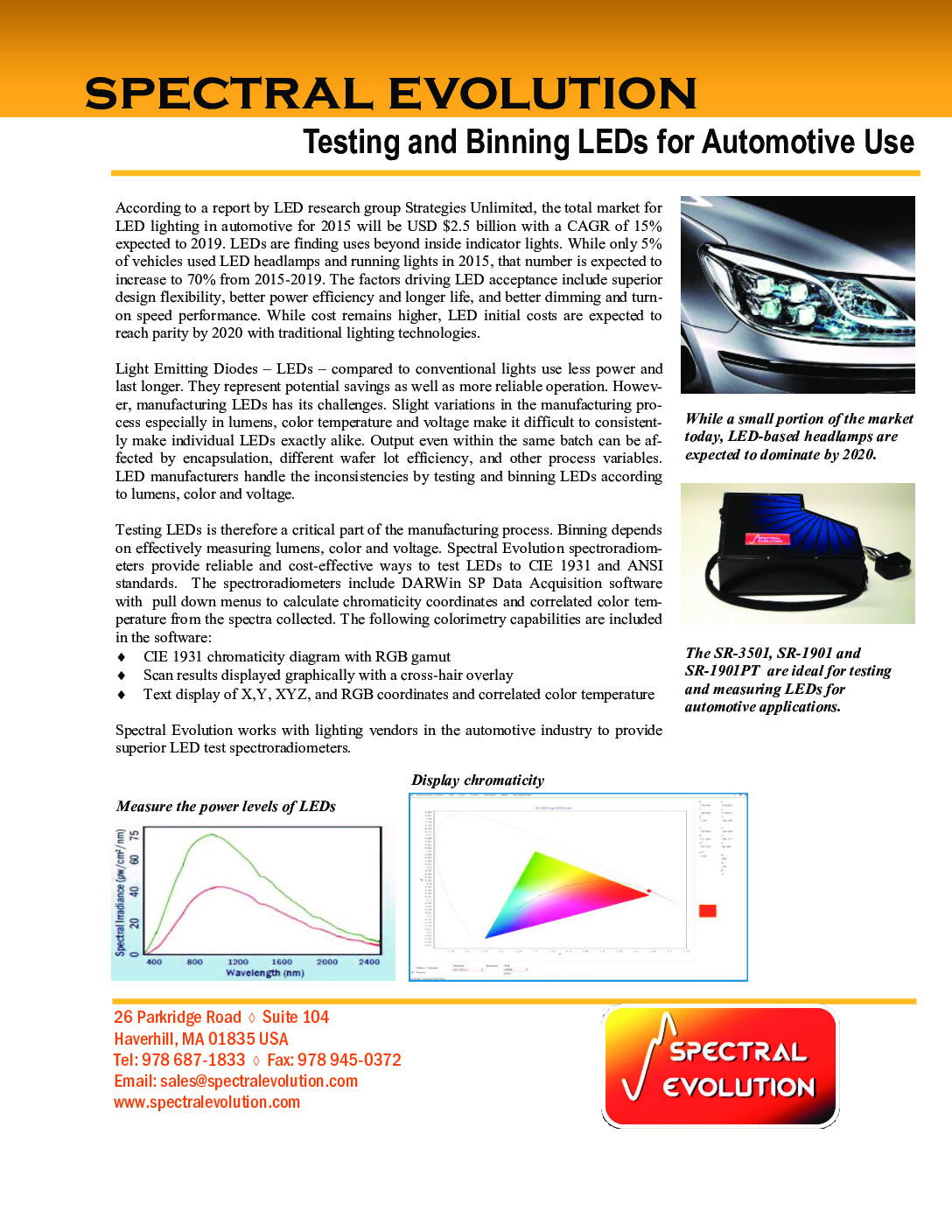