Sulfur is a key ingredient for healthy soil and greater crop yield. Sulfur deficiency in soil is a relatively recent phenomena due to the decrease in sulfur from the atmosphere in the form of acid rain from industry. Sulfur demand from higher crop yields and continued loss of topsoil through wind and water erosion has also contributed to sulfur deficiency in corn and other crops such as alfalfa, broccoli, cabbage, canola, cauliflower, celery, sugar beets, sugar cane, table beets, turnips and watermelon.

Sulfur in soil can be measured using an NIR field spectroradiometer such as SPECTRAL EVOLUTION’s SR-6500, RS-8800, NaturaSpec™, PSR+ or RS-3500. These instruments are rugged field units with high resolution/high sensitivity. Equipped with a contact probe or connected to our benchtop probe with sample compactor, these instruments deliver high resolution, accurate scans.

Our DARWin SP Data Acquisition software saves your data as ASCII files for use with a wide range of third party software analysis tools including the Unscrambler from Camo Analytics. Once you have built your model with Unscrambler’s multivariate analysis tools you can use it to identify similar sulfur content with the prediction engine called from DARWin SP Data Acquisition software for real time predictions on a laptop or tablet. 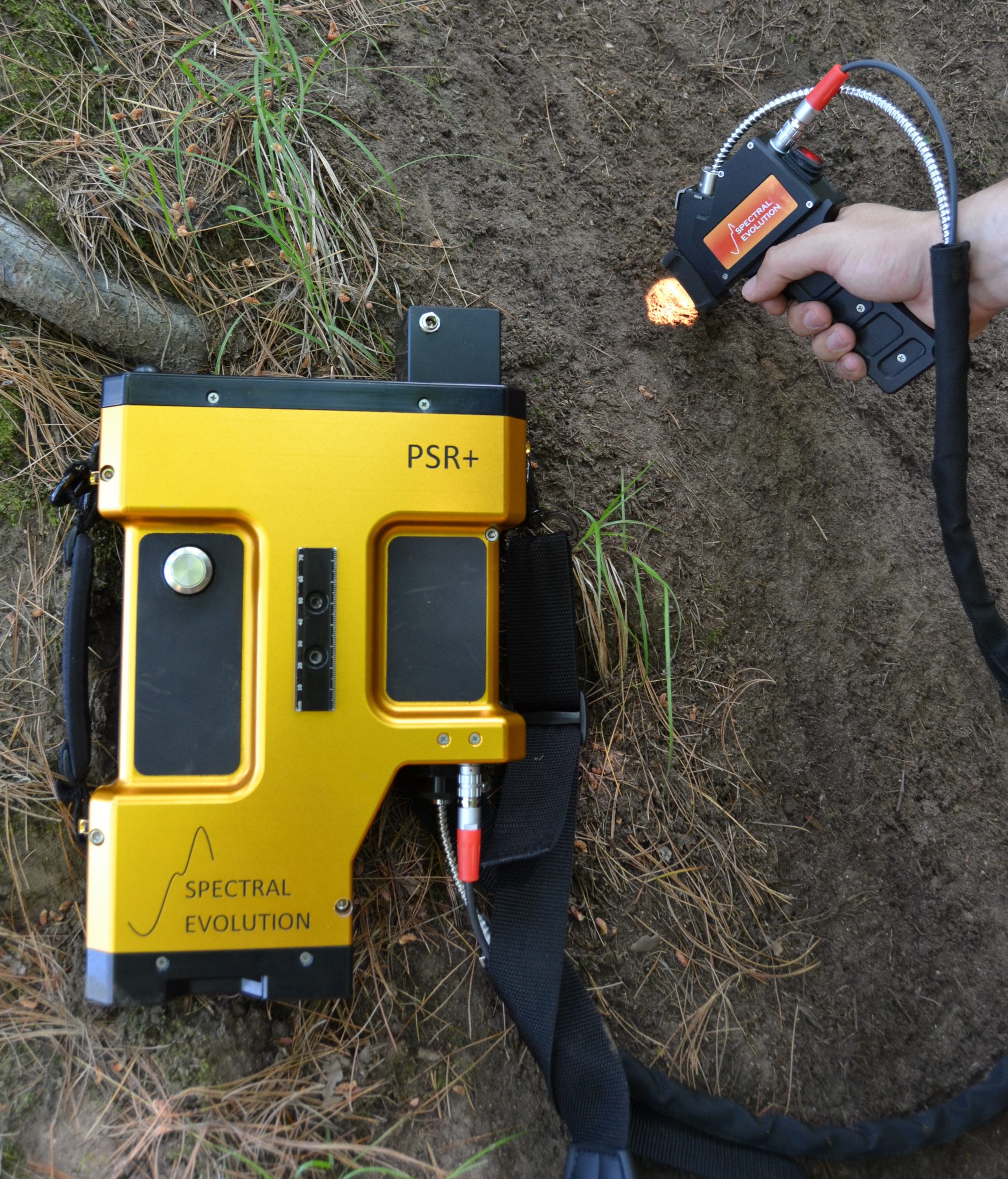 The PSR+ is a rugged NIR field
spectroradiometer that can be used for soil analysis with a contact probe, benchtop probe with compactor or  pistol grip with FOV lens. 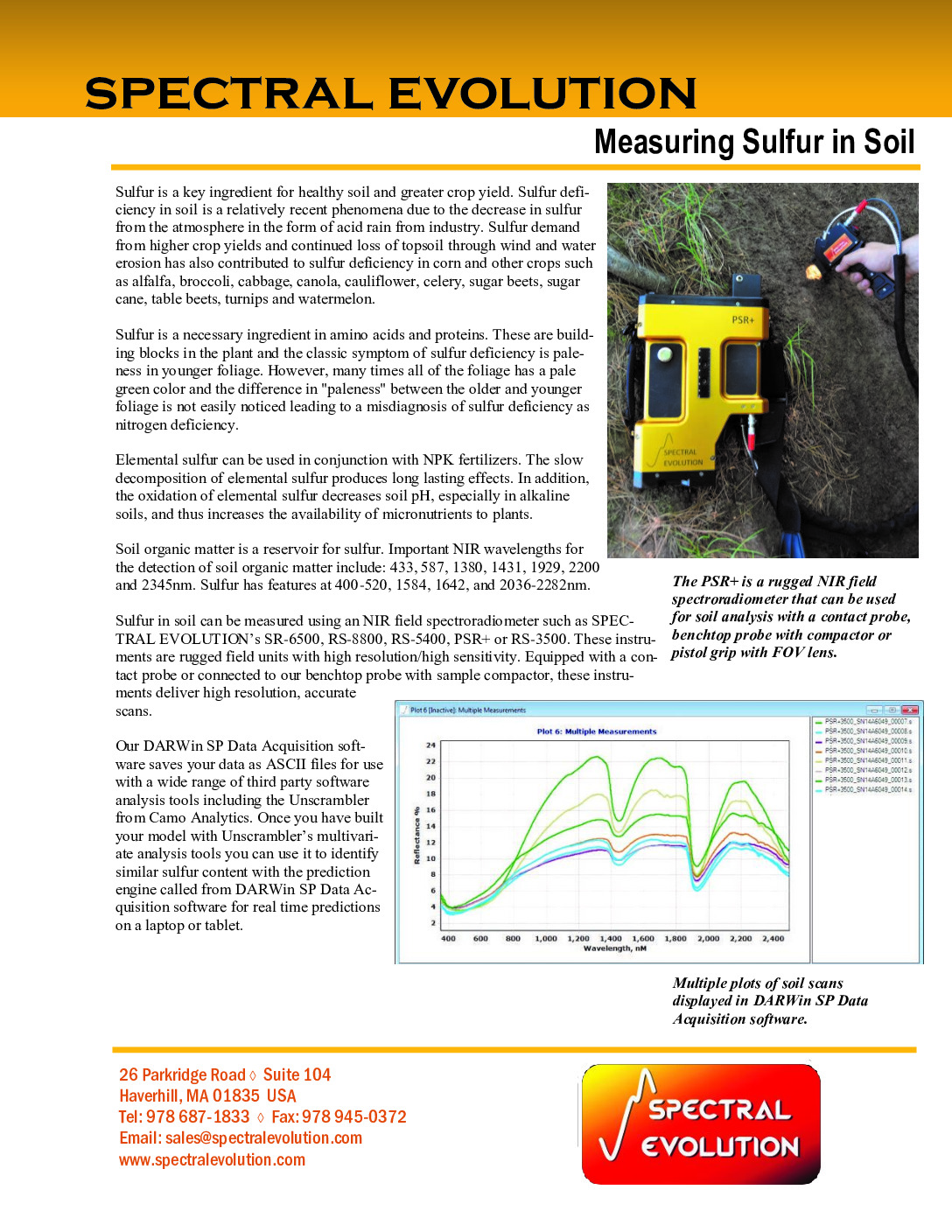