The SR-8800 is designed to allow for a user to capture in situ scans with a consistent scan angle and record exactly what was scanned, the angle the scan was taken at, the sun height angle and other key data. The system runs an Internet of Things (IoT) operating system—the first available in a spectroradiometer—to capture and store all data associated with each scan.

The system is set up to allow for control of the spectroradiometer via DARWin SP-88 Data Acquisition  software running on a smartphone or tablet—iPhone or Android based. This includes easy downloading of data from the SR-8800. Remote access by smartphone and tablet is accomplished via WiFi connection.

The above screen is a sample of DARWin SP-88 on an Android device highlighting the various functions available. 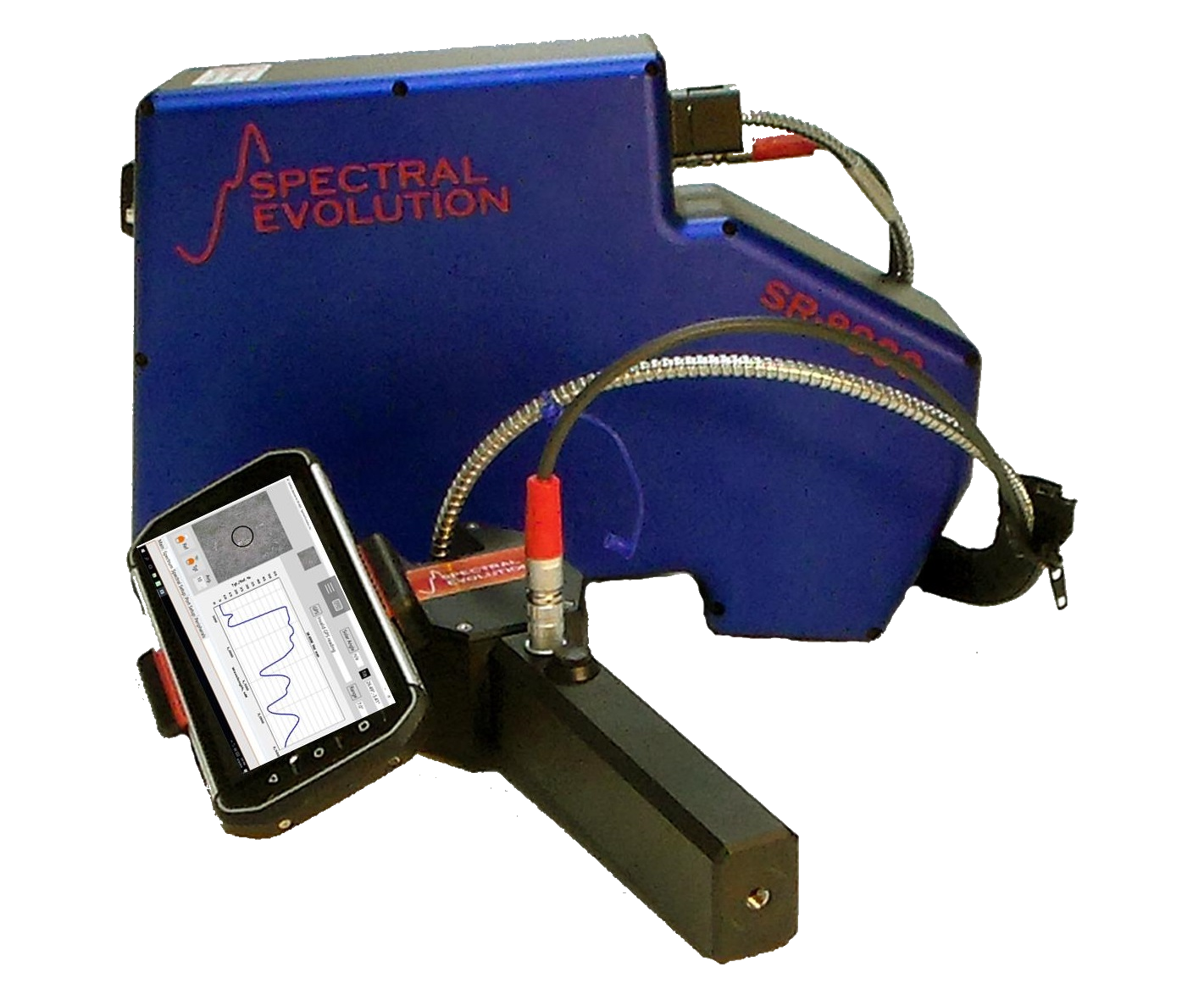